Florian works with photocameras and ropes, separately and combined. Not to pay the rent, but for fun. Take a look as his photos and other work at www.floriangeldner.de and instagram.
Florian photographed for GAU Company in 2014.
Collaboration: Exit to Endorphia .

Kristina started to work with GAU Company in Berlin in 2018 as a dancer and a photographer.
Collaboration: GAU&Friends

Luisa is a contemporary dancer and performer based in Berlin. Her style is influenced by GAGA, Hip Hop and Modern dance techniques. In Stuttgart Germany she finished professional dance school in 2016. Since then she is working in projects for theatre and film in Germany, Israel and Kazakhstan. Luisa was part of the collaboration "UBF" in 2018. Her great talent can be seen here .

Marco Accardi (1989) is a multidisciplinary artist and teacher based in Berlin. He works in the field of electro-acoustic/EDM music, dance-theater, audio-visual performances and interactive installations, presenting his works in Italy, Denmark, United Kingdom, Germany, Portugal and Slovenia. Marco Accardi has composed and performed contemporary electronic music for GAU Company in 2017.
His works can be found on Vimeo and soundcloud.
Collaborations: Exit to Endorphia Vol.2

In 2006 she starts amateur dancing with Modern Jazz next to Mrs Christina Fotinaki (ISTD Examiner Ballet & Modern Jazz). Her great passion for dancing drives her to the first professional dance teaching diploma Modern Jazz “F.D.I.” I.S.T.D. and soon to the diplomas Intermediate & Advanced 1.
During those studies, she had her first contact with the Hip Hop scene,her love for Hip Hop sends her to the Vienna International Dance Festival «IMPULSTANZ» where she is taught: Popping/Locking/Bboying with Storm and Hip Hop with Bruce Ykanji. She continues onward to Paris and the Juste-Debout School.
She has participated in various contests: “Juste Debout” in Athens (February 2011) in the category Hip Hop, “Bounce” street dance contest in Thessaloniki (May 2011) with “Deal with the skill” crew attaining the 3rd place, “Hip Hop International” in Athens (April 2012), choreographing the “Playmobeat” crew, ’’Who’s the one” mixstyle battle in Athens (April 2012), ”Bonnie and Clyde” mixstyle battle in Berlin on September 2012 and “Funkin – Stylez” in Berlin on December 2012.
Since May 2012 she lives permanently in Berlin and she is a member of “BACKUP CREW”. At the same time she is working as a Cheerleader in “Berlin Dance Team” dancing for the Volleyball as well participating in many dance projects: “Booking.com”, ” World Premiere new Mercedes BenzVito”,”Loreal”. She is working too as a freelancer Pfrofi dancer participating in dance videos & projects: Video shooting for Wayne Snow-Red Runner choreographed by Ki Kiani, Lena Meyer (Lonely People), Sydney Younblood,flashmob for Brooks Athletes Berlin Marathon, flashmob for FAKTOR X and taking part as a dancer in a German film series “Babylon Berlin” from the director Tom Tykwer and also “berlin I Love you”. Also she participates in contests and battles in the Hip Hop scene and starting provides seminars and teaching hip hop-street-girly dance styles in dance studios-fitness studios in Berlin.
YouTube channel: https://www.youtube.com/user/StellaST4
Collaborations: Exit to Endorphia Vol.2

Lioba Marthe Kaszemeik is a contemporary dancer based in Berlin. She has been dancing flamenco since she was three years old and graduated from her three-year contemporary dance studies at "Danceworks berlin" in 2016. As a freelance dancer she leads her own performance projects and has danced in pieces by Yaara Dolev, Chaim Gebber and Ortrun Stanzel. Besides teaching dance classes in Berlin she works as a dance pedagogue both at german schools and in the context of social projects in Central America.
Lioba has been working with GAU Company as a dancer and choreographer from the first second. She was part of the directorship and management from 2016 – 2018.

Lassina Kone is the artistic director of Centr´Art Don Sen Folo in Bamako, Mali. In his personal work he gets inspired by the society of the past and of the present and puts related topics into question. In his dance he aims to mirror the dreams of free and conscious people. Lassina Kone also commits himself to the development of research and publicity of the Malinese and African traditional and contemporary dances. He spreads his knowledge nationally and internationally.

ACUD Kunst Haus is a beautiful art institution in the center of Berlin. Film evenings, music, theatre, dance and much more can be experienced.
GAU Company performed GAU&Friends at Acud Theater in 2018.
More information: www.acud.de 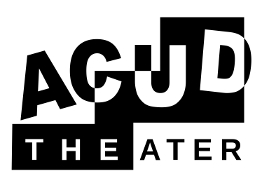 TfK is a free theatre institution, that is showing many premiers mainly in theatre and dance. GAU Company showed their pieced there in 2015, 2016 and 2017.
GAU Company performed Exit to Endorphia, UBF and Exit to Endorphia Vol.2 at TFK.
More information: www.tfk-berlin.de

Kari TANZHAUS is a school for hobby dancers, as well as has a dance study program of 2 years, where Nadine Freisleben teaches choreographical repertoire of GAU Company. In 2018 the Company got chosen for the artistic residency program, where they created the piece Die Realisierten within 4 weeks. More information: www.kari-tanzhaus.de
More information: www.kari-tanzhaus.de 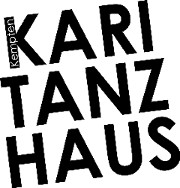 ProDanceLeeds is an artist led project offering daily morning classes to professional dancers in and around Leeds. Nadine Freisleben taught there in 2019.
More information: www.prodanceleeds.com

Centro MB2 intends to be a bridge between Arica, Chile, and the world, taking advantage of the knowledge and training of the members of the MB2 team. Centro MB2 enriches the cultural environment not only in Arica, but also other places, by exchanging with artists all over the world. For this reason they constantly improve themselves with workshops in the city, in the rest of the country and abroad. Their artistic quality has a high level to offer their community experiences that mobilize and shake them.

Nadine Freisleben created her piece “Cuerpos en Movimiento” in a 3 weeks residency with 20 dancers and actors at Centro MB2 in 2019.